“Jim Stevens lost his sight, but not his vision for art.” 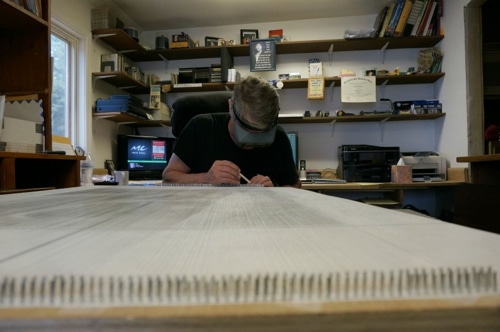 While serving in the Vietnam War, Jim Stevens was shot in the head. He survived, but decades later, the injury caused Stevens to lose nearly all of his vision — his line of sight is now the size of a tiny pinhole. Despite being legally blind, Stevens has made a name for himself as an artist. He works out of his studio in Wheat Ridge, and has paintings featured through July 30 in “About Face,” a portrait show at Denver’s Cabal Gallery. 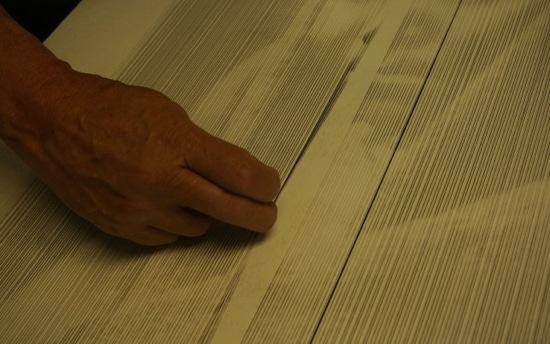 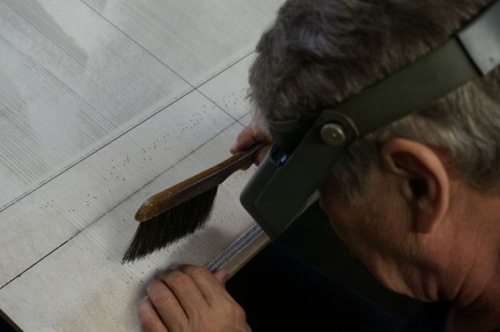 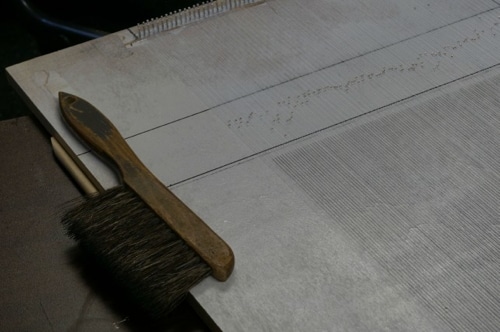 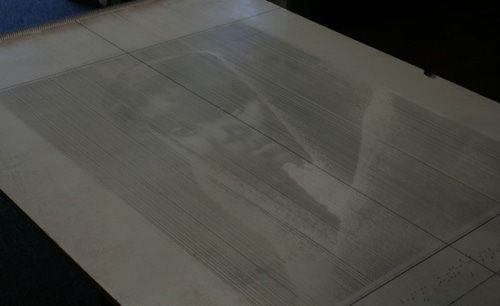 One layer of a painting, which is composed of 129 strands of monofilament fishing line.
(Stephanie Wolf/CPR News) 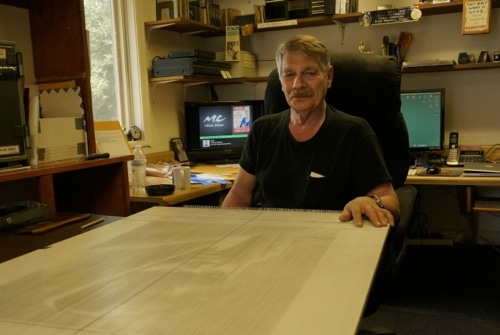 Jim Stevens, who is legally blind, works out of his studio in Wheat Ridge on July 16, 2016.
(Stephanie Wolf/CPR News) 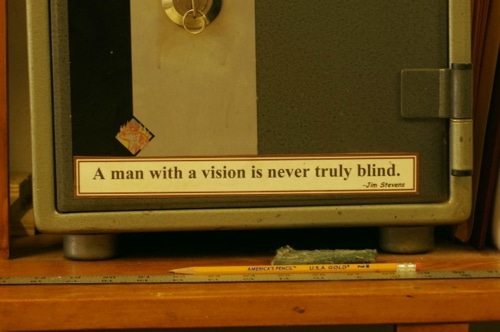 Stevens has his personal mantra — “A man with a vision is near truly blind” — posted throughout his art studio in Wheat Ridge.
(Stephanie Wolf/CPR News)