“He’s an artist who can barely see his own work.” 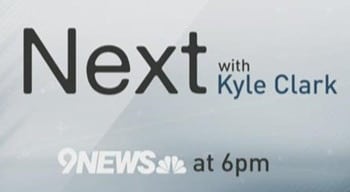 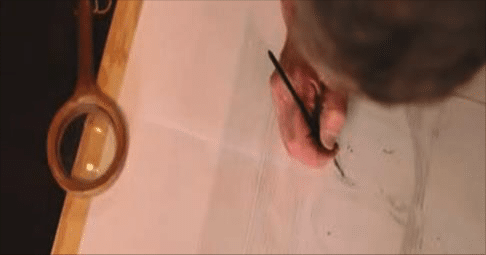 For this man from Wheat Ridge, war changed his world back in 1970.

“I was in the army, I was in long range patrol work, six man team, and I was shot in the head in Vietnam during a combat mission,” said Jim Stevens. “It left bullet fragments in my head.”

Years later, those fragments would once again impact his life and the way he sees it.

“In 1993, I was teaching at the University of Colorado and a bullet fragment moved in my head and caused a stroke in my visual cortex.” said Stevens. “I lost all, but a pin dot of my eyesight.”

“So from about three feet away he can see somebody’s eye, assuming the they have an eyebrow he has to scan around their face to find it,” added his daughter, Megghan Stevens.

Jim has always wanted to be an artist, but after the shooting in Vietnam, he set his dreams aside. But with the birth of his daughters, he has gotten back to what he has always truly wanted to do.

“I did a lot of different things throughout my life, trying to avoid what I wanted to do most – and two little girls got me back to what I wanted since I was a child,” he said.

Now he works on his art every day, in a garage at his home.

“Sometimes it just takes two little girls to make you see life as clearly as you did when you were a child,” he added.
Stevens has an area for carving and sculpture work, an area for drawing, and an area where he designs, repairs and works on jewelry.

Everything in his area, stays where it is.

“I have to keep this place organized, I mean I have to know where things are I’m legally blind,” said Jim. “Everyone knows to not come in here and move anything. If you move anything, I’m lost, and it takes me forever to find it if it’s not where I put it.”
But while everything can be so familiar, each new day is a new challenge for Jim.