“Veterans gather in Chapel Hill to celebrate the power of art” 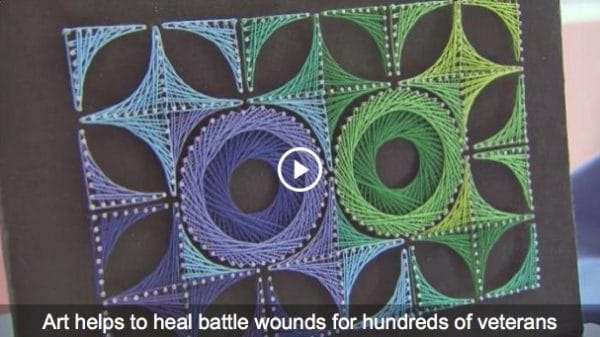 Website Print Story
CHAPEL HILL, N.C. — More than 100 veterans from across the country gathered in Chapel Hill on Sunday to demonstrate the power of art as part of the National Veterans Creative Arts Festival.

Jim Stevens, a Vietnam veteran, was one of many artists in attendance who have seen the uglier side of humanity.

“I was shot in the head in Vietnam and it left bullet fragments in my head,” he said.

The bullet fragments shifted and eventually caused Stevens to have a stroke.

“Twenty-three years after the war, the war came back to bite me. I lost my eye sight in 30 minutes,” he said.

After his stroke, Stevens said his daughters nudged him back toward his lifelong flair for art.

“It allowed me to refocus my efforts and my energy, refocus my anger into something productive,” he said.

Charles Marshall also went to Vietnam. Back home, after the war, he witnessed an ugly side of humanity whenVet he testified against a gang.

“My name came up on a hit list and they tried to kill me,” Marshall said. “They broke my neck, broke my back and busted my head open.”

Marshall makes art out of tying knots to help free him from his pain.

John Wimmer said he started working with wood to help him heal from post-tramautic stress disorder.

“You’ve got to do something. You can’t just sit on your duff and do nothing,” he said.

All of the pieces on display were awarded first place in a national VA contest. The yearly contest features 53 categories of art.