“Vietnam vet expresses creativity one pinpoint at a time”

WHEAT RIDGE, Colo. (CBS4) – A local artist who suffered a nearly catastrophic brain injury during the Vietnam War has fine-tuned his talents to create art of the most intricate detail.

Jim Stevens works with ivory to create scrimshaw, the art of carving images onto ivory.

Scrimshaw is a painstaking process: Scrimshanders carve fine scratches into ivory to create intricate portraits and scenes in a small space. Thousands of points can create even a partial image. The ivory Stevens works on is tens of thousands of years old. 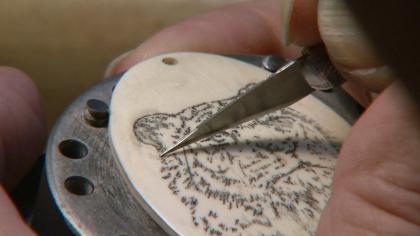 Stevens was shot in the head in Vietnam, and the remaining bullet fragments shifted 20 years ago, resulting in strokes that caused legal blindness.

“I spent probably a good year, maybe two, trying to figure out how to do my art again without my eyesight after I had the stroke,” Stevens says. His daughters and a martial arts teacher helped him began again.

But it was more than regaining work. “It was always, for me, more of a hobby,” he says.

Stevens is also well-known for his paintings with monofilaments. Portraits are painted by dabbing acrylic paint on each monofilament, similar to fishing line, to develop an image from thousands of spots of paint.

“You get a solid image that’s not solid,” he says. 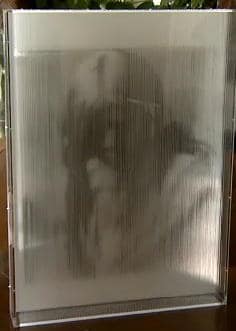 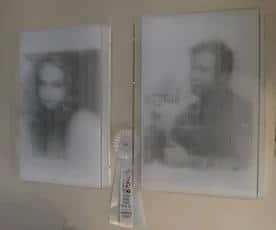 He discovered it one day when he had several strands of monofilament laid over his fingers. When the clouds passed over them, he got the idea for the art. His monofilament paintings are 129 lines across and eight lines deep. He calls them polymorphs. 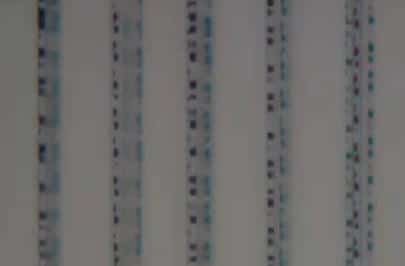 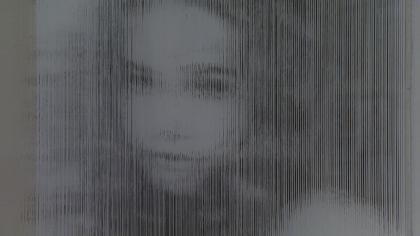 Stevens says he doesn’t let his vision impairment deter him.

“A man with a vision is never truly blind,” he says.