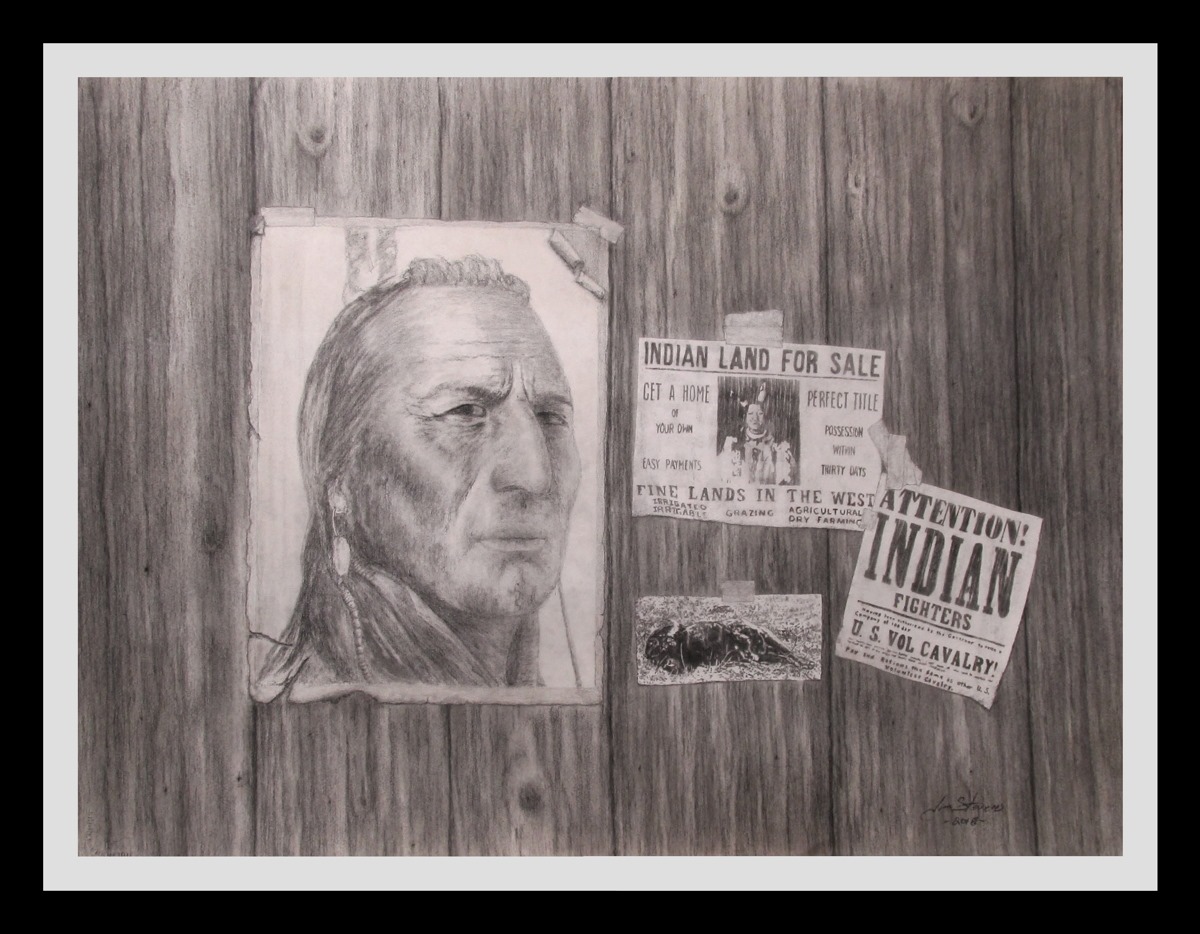 Graphite on Paper.
(click on image for full view)

Having worked on the Pine Ridge reservation many years ago, I met and came to respect many Sioux people and their shared tribal stories. In “Manifest Destiny” I captured the weathered image of an aging Sioux warrior in the context of being taped to a board wall like so many wanted posters were hung in that time and beside him actual newspaper ads drawn from the era hawking the sale of Indian lands, calling for Indian fighters and the remains of a slaughtered buffalo.

In “Manifest Destiny” I wanted to realize on paper the darkness that shrouded the meaning of those two words with the hope that future generations, no matter what the slogan or rhetoric, take the time to look behind the sound bite.